About
Our Teachers & Staff 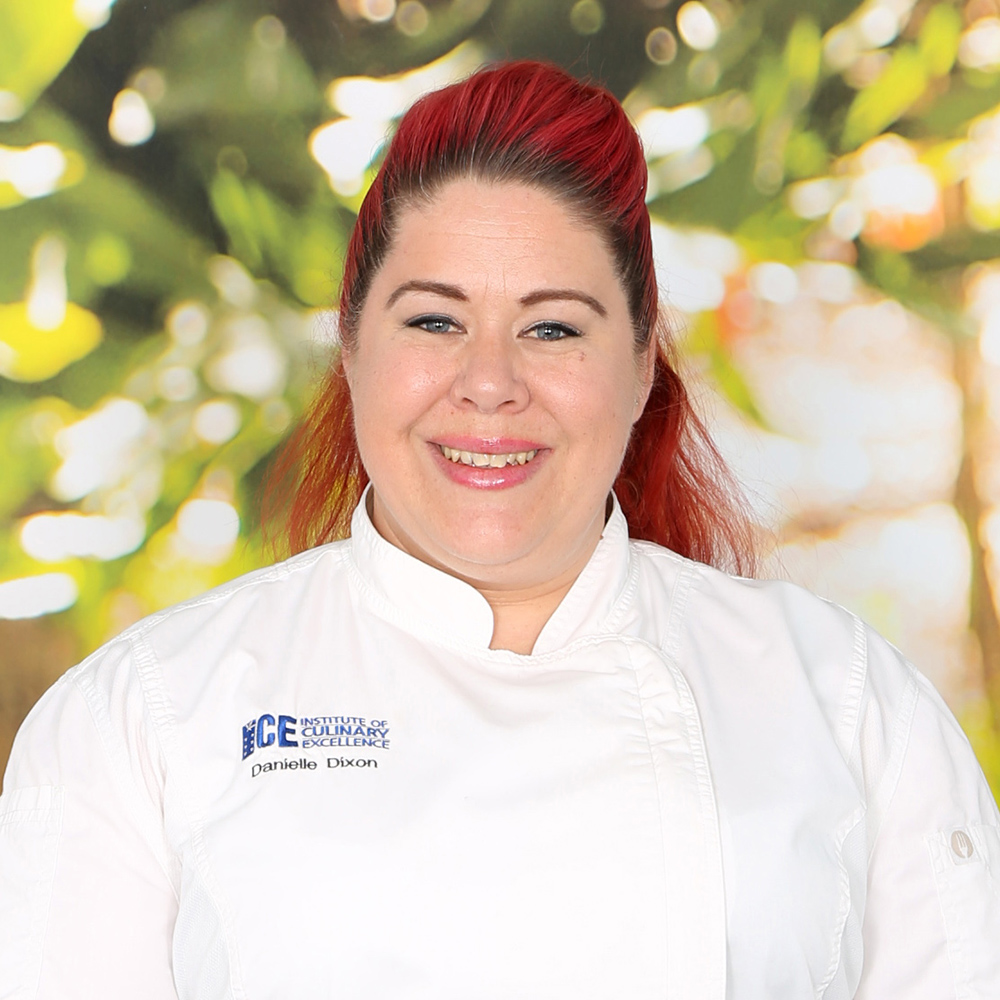 Danielle Dixon started her apprenticeship age 29 after a top 12 placing in series 3 of MasterChef Australia. She was the first contestant from the show to become a qualified chef after completing her Certificate III in Commercial Cookery in 2012 under Alison Taafe.

Gaining experience in some of Australia’s top restaurants including Quay, Rockpool and Aria she settled into Bucci Brisbane and spent four years in the Bucci kitchen taking on the head chef role before leaving in 2017.

She started teaching at The ICE shortly after, training 1st and 2nd year apprentice chefs and quickly showed her aptitude and natural talents for training. In 2018 she was offered the position of Executive Chef and Head of Studies. Danielle looks after the day to day operation of the cafe, canteen and catering operations as well more importantly looking after the students, development of curriculum and maintaining relationships with employers and industry partners of ICE.

Danielle regularly puts new culinary trends to the test through a series of pop up restaurants, with the latest, Midnight Dining Club, treating Brisbane’s night owls to not just your average late night snacks and more recently representing ICE at the Qld Chef of the Year Competition. 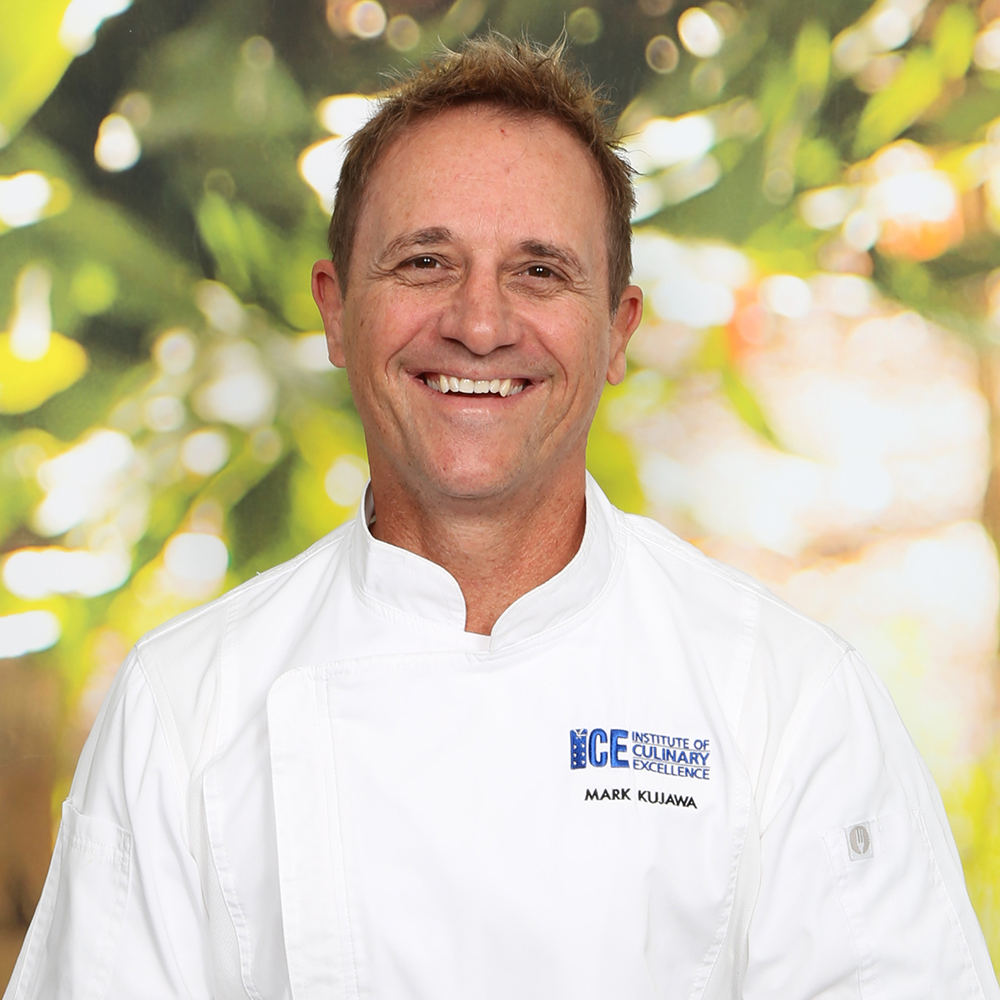 Mark Kujawa is a “World Champion” competition winning qualified chef, with over 25 years of food industry experience. He has worked around the world before coming back home to Australia and basing himself on the Gold Coast.

After finishing his apprenticeship, he used his career as a traveling tool. Being a chef has taken him around the world to Paris, Spain, England, Greece, USA, Europe, Germany and South Stradbroke Island – just to mention a few.

Mark is an exceptionally gifted teacher who is entertaining, enthralling and motivating in each of his classes. One of Mark’s greatest passions is working with young teenagers. Having been a chef for over 24 years, he has devoted his life to seeing young people leave their past, and push into their future, taking hold of every opportunity, impacting their community and doing amazing things with their lives. 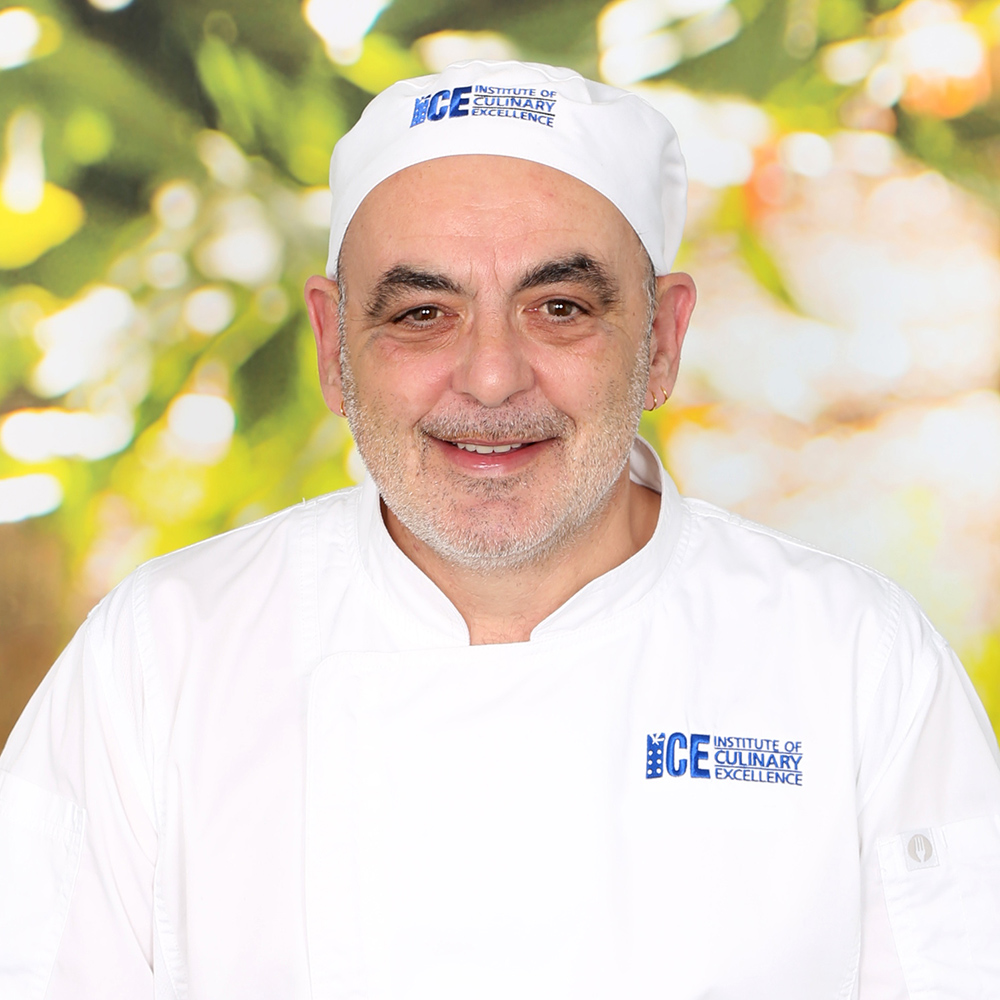 Mark joined the world of hospitality over 40 years ago (as a dishy), commencing my bakery and cookery apprenticeship in London’s prestigious five-star hotels. He spent over a decade working for The Dorchester Hotel, The London Savoy, Hilton International and Michelin starred restaurants including: Nico Ladenis (3 Michelin starred restaurant) and Nico at Ninety.
As Executive Chef at a shooting lodge in the Highlands of Scotland, Mark achieved a Michelin Red M and 2 AA rosettes, as well as consulting on menus for various charities for Princess Anne. This position took him on cooking tours around France, Italy and Switzerland – as well as Bermuda and the US.
In 1995 Mark started his training career in England at a technical college in London, gaining his certificate in teaching.

He arrived in Australia in 2000 where he spread his hospitality wings further, working in hotels, clubs and bistros. Fortunately, his success continued winning ‘Function Centre of the Year’ in the fine dining and casual dining awards.

At the beginning of 2007 while remaining in the Industry, Mark returned to training. He completed his TAA qualification, and also graduated from a Bachelor of Adult Education (LLN) and a Bachelor of Business (Hospitality Management).

Since 2007, he has been involved in vocational education in various ways and he has completed his studies for the TAEs certificate. He has also completed a Diploma in Hospitality Management and continually upgraded his teaching qualifications. He has focused mainly on workplace training for apprentices who are unable to attend school for a variety of reasons.

He has worked with ICE for the past few years as the Workplace Trainer and Assessor and provides on the job training and Recognition of Prior Learning (RPL) services for ICE. 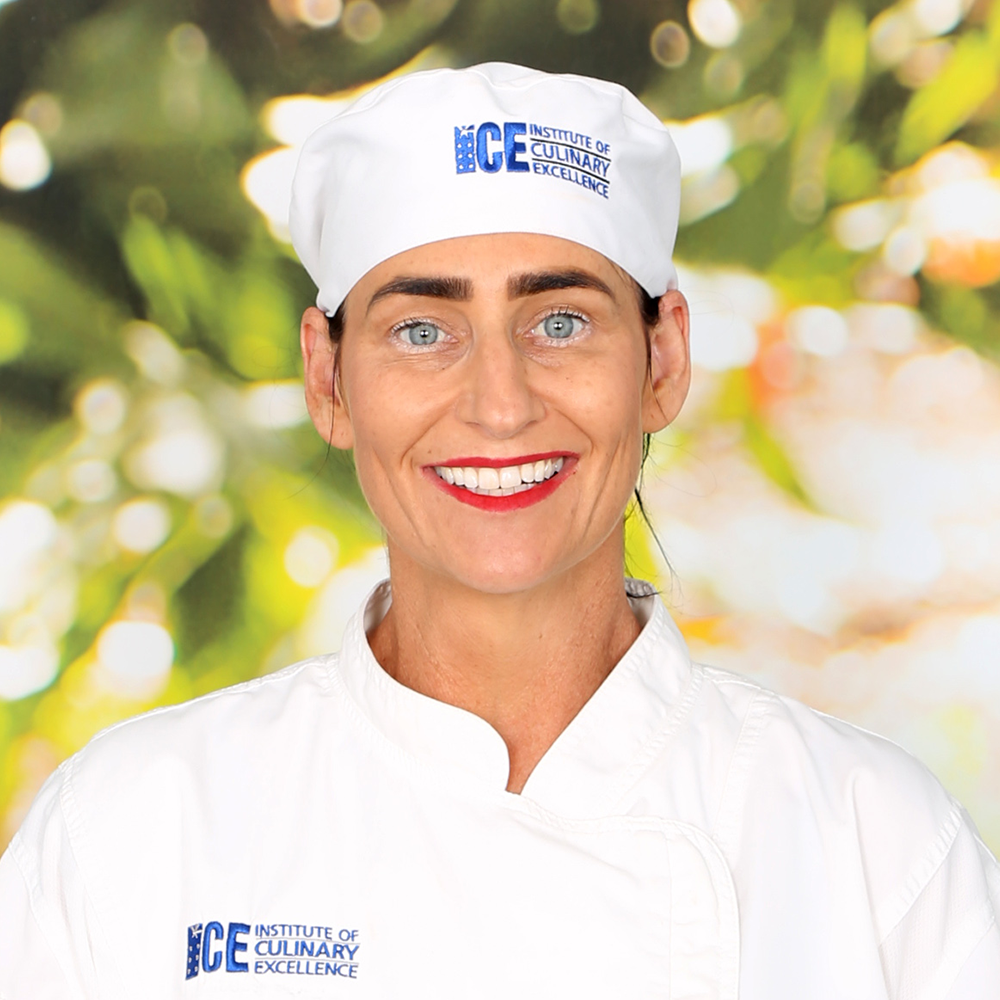 Gemma Payton-Skaines developed her passion for the hospitality industry whilst completing her apprenticeship as a chef at the 5-star Park Hyatt hotel in Melbourne. After qualifying in the year 2000, she used the knowledge she had gained to work and travel through Europe and the UK, where she continued to learn under world-class chefs in diverse, multicultural environments, and honed her passion for food styling and presentation.

2006 proved to be a turning point in Gemma’s career. A freak accident resulting in a broken ankle meant standing on her feet all day in a professional kitchen was off the cards for a while. Gemma used this time to complete her Certificate IV in Training and Assessment, and commenced a new role as a chef teacher, where she enjoyed the fulfilment of helping others achieve their goals. 2006 was also the year Gemma first met Alison at a hospitality conference, and the two soon bonded over their shared passion for excellence in the hospitality industry. In 2008, Gemma was one of the first students to complete Alison’s Graduate Diploma in Culinary Arts and Kitchen Management course for qualified chefs, and has since collaborated with Alison on numerous occasions, including as an author for an eBook Recipe Resource. 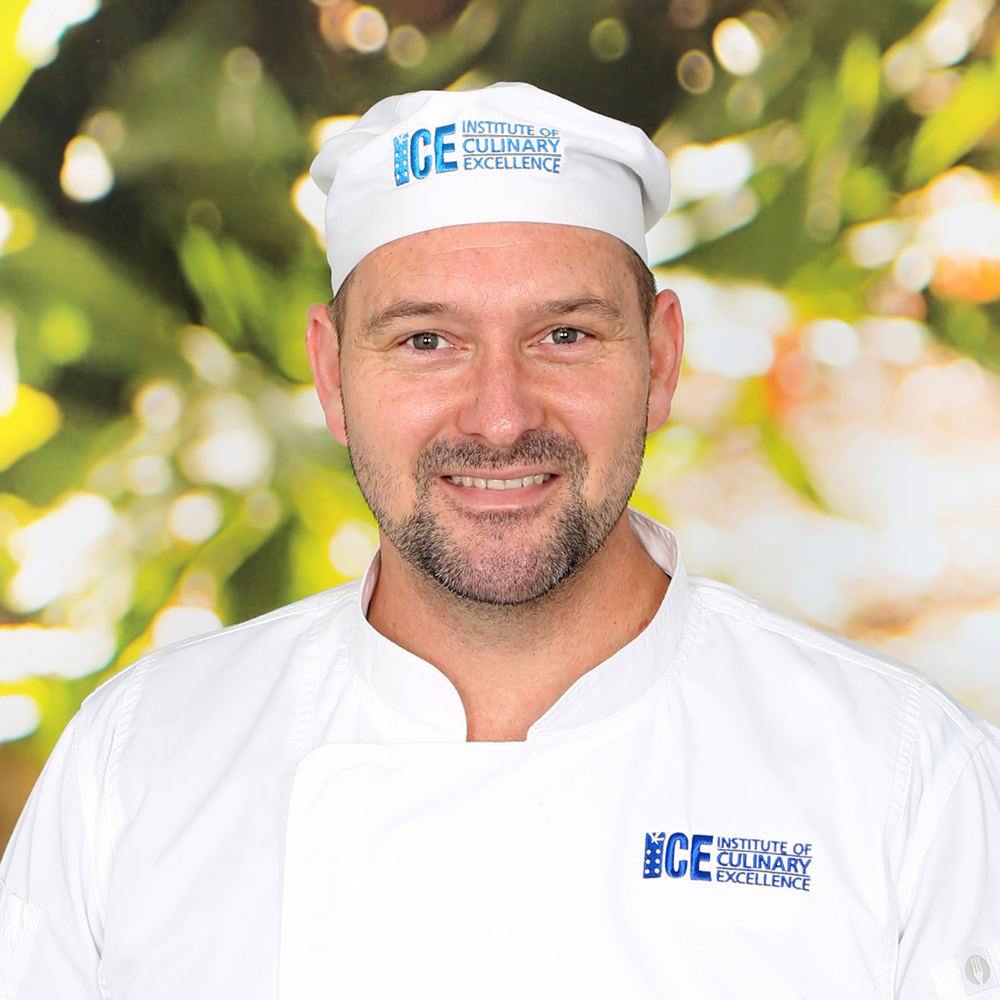 Shaun Malone, budding teacher at ICE and former executive chef and co-owner of Bucci Restaurant James Street, began life in Brisbane before pursuing his career in other parts of the world. He returned to Brisbane in 2012 to open Bucci in James Street, after several years in Port Douglas, where he was the head chef at Bucci’s tropical sibling.

Back in the 90s, Shaun began as a chef at Il Centro on Eagle Street Pier, followed by a period as sous chef at the River Canteen in South Bank. Then Shaun went to London in search of experience and adventure, where he was part of the opening team of Tetsuya Wakuda’s Knightbridge restaurant ‘MJU’. A role in the kitchens of
contemporary hotel ‘One Aldwych' added inspiration, and a meeting with Tanja, who became Mrs Malone. After nine years in Britain, Shaun returned to Australia to join Shannon Bennett at ‘Bistro Vue’, the sibling of ‘Vue De Monde’ in Melbourne.

From there, the Malones went troppo and moved to Port Douglas, where the first Bucci came to life in 2009. From 2012 to 2020, Shaun has shaped Bucci Brisbane with his distinctive approach. It was most obvious in his respect for the Italian culinary approach of allowing the fresh flavours of natural ingredients to dominate the food. At the same time, Shaun and his team lightened and discreetly modified much-loved traditional dishes to please the eye and palates of modern, urban tastes and expectations. During this time Shaun invited many young talents into his kitchen and, together with ICE, saw them excel in the art of cooking. When Covid-19 forced Bucci’s closure, the decision to join the ICE team came easy for Shaun. He is excited to share his passion for food and teach the next generation of young talent. 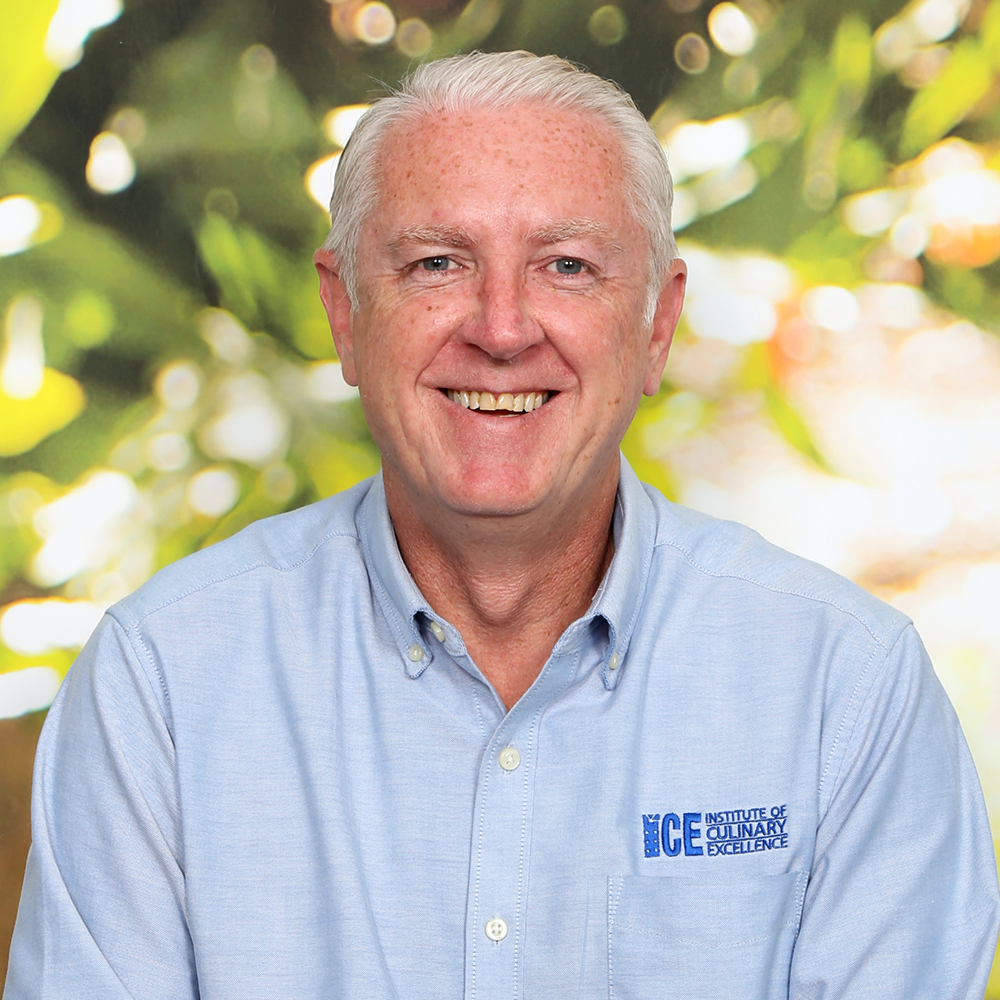 Stephen Kirwan started his professional career working on passenger vessels for the British Merchant Navy. These skills served him well as he spent several years travelling the world as a chef supplementing his funds with assignments in Florida USA, a ski season in Australia and a season at the Sheraton Mirage Fiorelli’s Restaurant in Port Douglas.

Stephen moved to Australia permanently in 1997 and commenced as Head Chef at the newly acquired Tilbury Hotel at Woolloomooloo wharf. Here, he was given the opportunity to connect with the local patronage and establish an emerging cuisine now known as Gastropub. His clientele included local film and TV personalities and he established contracts with the ABC network, Fox Studios and Shakespeare in the Park, to name a few. The owners offered him his own kitchen at their other establishment in Bondi and here he launched an extremely popular Thai restaurant that enhanced his knowledge of South East Asian cooking methods and flavours.

Stephen established his own private catering business ‘Chefs Do Party’ in 2001 and since moving to Brisbane in 2003, he has worked across various venues, catering for weddings, corporate functions in addition to some private clients. He also studied full – time at QUT and qualified with a Bachelor of Education (majoring in VET) in 2005.

Stephen is our Workplace Trainer and Assessor for experienced cooks and qualified chefs looking to get recognition of their skills, or update / upgrade their current qualification. He has built a large network of hospitality professionals in Brisbane, and across Queensland with many of his ex-students now head chefs themselves or business owners. 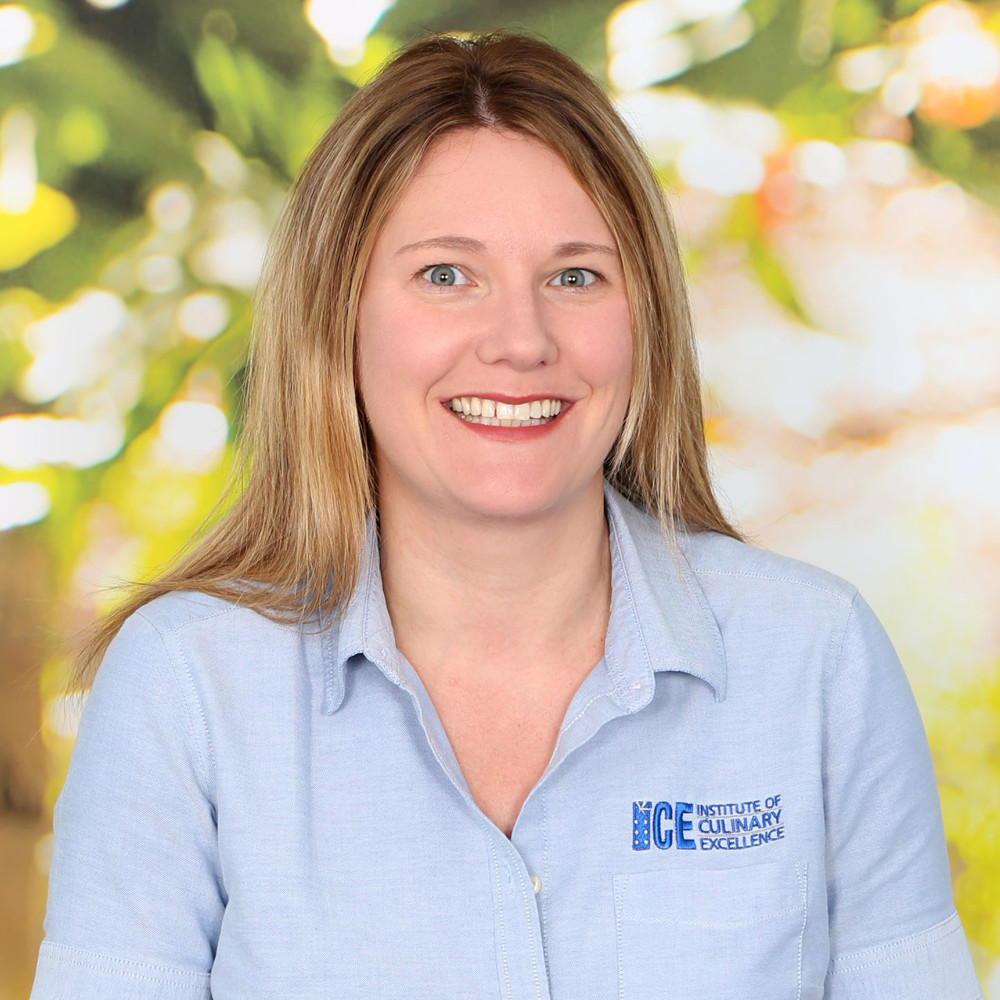 Hannah commenced at Southbank Institute of TAFE as an administrator in 2005. She first met Alison whilst working in the College of Tourism and Hospitality. In 2011, she left to raise a young family. During that time as a stay at home mother, she was contacted by Alison several times to assist with the administrative duties at ICE. In 2017, after her youngest child had started school, Hannah decided to take Alison up on her offer and commenced work at ICE. Initially, starting as an administration assistant, Hannah has since taken on the role of Office Manager which sees her running the ‘day to day‘ office operations.

Her role also sees her supporting all the many ICE apprentices and clients. Hannah has excelled in her role at ICE and her position has grown to encompass compliance and contract management too. Hannah’s excellent work ethic and her ability to do just about anything she puts her mind to, has become invaluable to ICE. 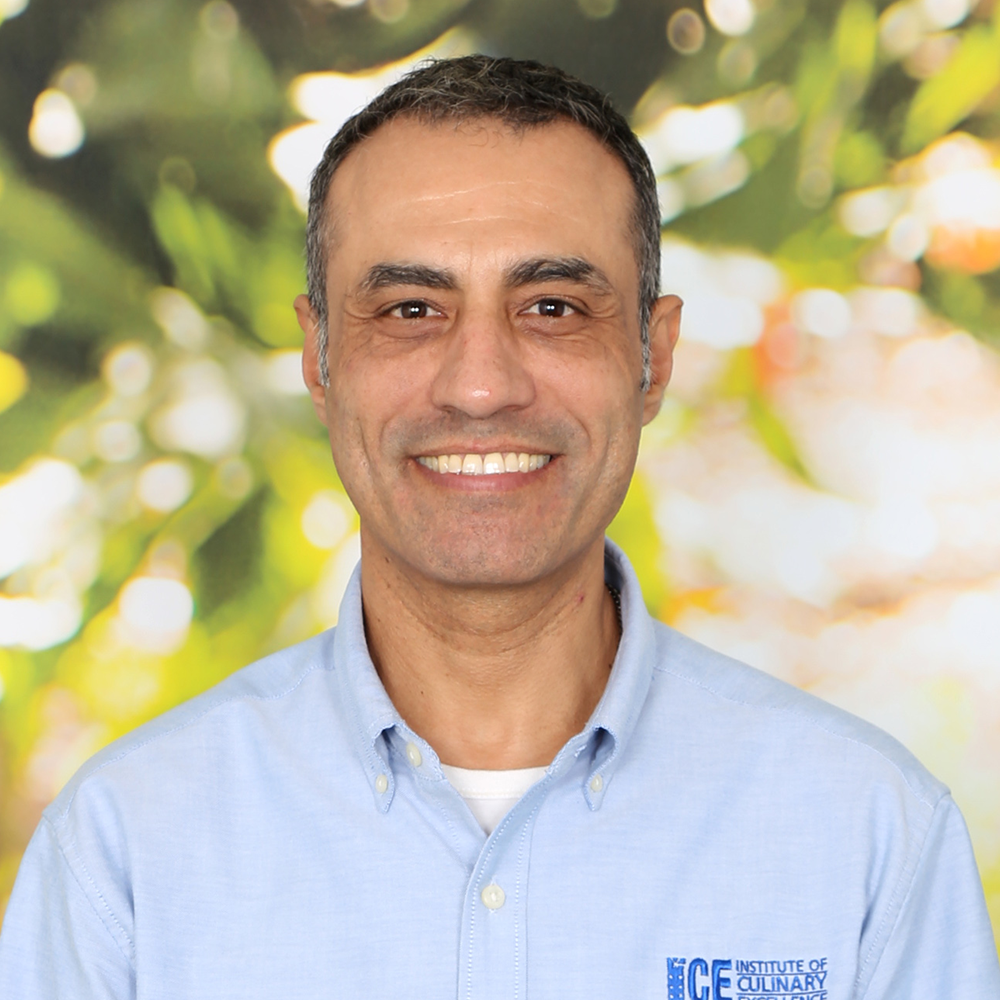 Joe’s career in hospitality started in 1990. He has had many years of experience in cooking and creating fine Italian cuisine in many of Queensland’s restaurants, from the Gold Coast to the Sunshine Coast. Joe specialises in front of house and he also loves creating Italian food too! He has owned many restaurants in the past 30 years and most recently, a popular restaurant in Redland Bay, which he sold before arriving at ICE in early 2018. When Joe joined the team at the Institute of Culinary Excellence (ICE), his hospitality career path took a brand new direction. He began to study teaching and assessing and has now become a hospitality and barista trainer for ICE.

He is excited to be part of teaching and transforming lives at ICE. He is passionate about hospitality and teaching, but most of all, about passing on his knowledge and years of experience in the industry to students, who wish to pursue a career in this ever-changing industry.